The Hatchling in Plymouth – An Uplifting Symbol of Freedom

The Hatchling in Plymouth – An Uplifting Symbol of Freedom

Plymouth is about to receive a mystical and epic visit this weekend. It’s the world premiere of the outdoor theatrical performance taking place in Britain’s Ocean City, The Hatchling.
The event, which was initially set for the weekend of the 14th and 15th of August, was postponed as a sign of respect for the community and families involved in the tragic incident in Keyham on the 12th of August. The new dates are confirmed for the 28th and 29th of August.

The Hatchling hopes to unite Plymouth in an innovative open-air theatrical performance that will take place over a weekend of events as a giant puppet in the form of a dragon (taller than a double-decker bus) will hatch and roam the streets of Plymouth city centre and the Hoe. This incredible event will then come to an exciting finale on the Plymouth coast. There will be food and drink stalls on the Hoe, as well as extra toilets. 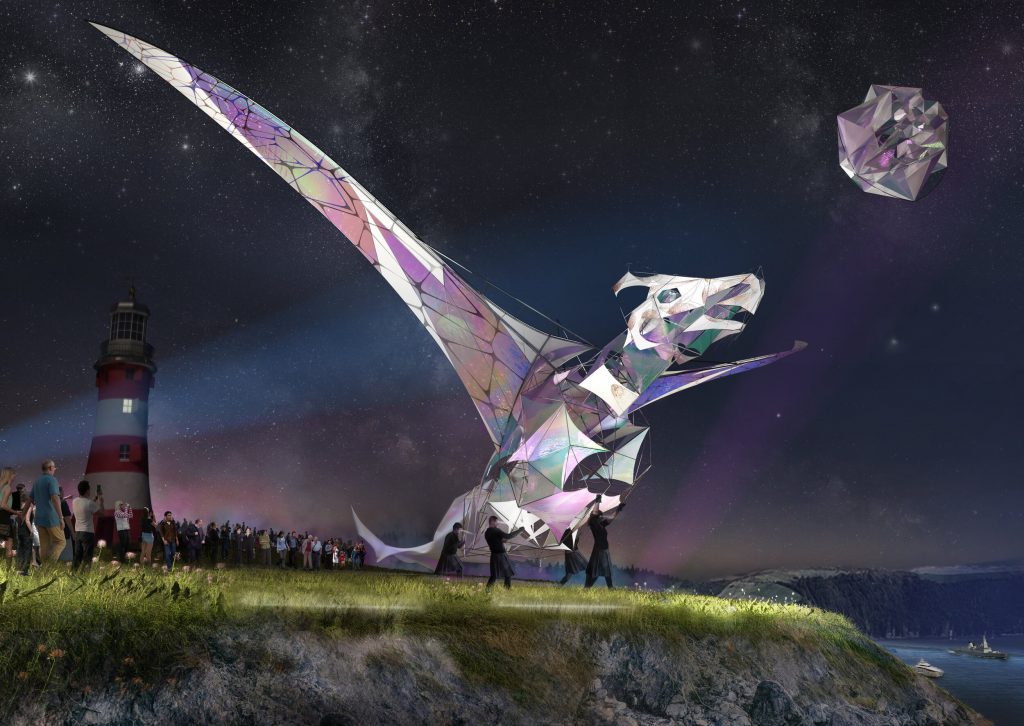 Where and when to see The Hatchling?

The performance will take place in the streets of Plymouth city centre and the Hoe throughout the long weekend of the 28th and 29th of August.

On Saturday 28th between midday and 7 pm, The Hatchling will hatch in the city, build herself a nest and then attempt to take to the skies in a bid for her freedom. Along the way, she’ll explore the city, and as she roams, she’ll encounter a series of events from intimate interactions to city-wide performances, prepared especially for her majestic visit.

On Sunday 29th this beautiful visitor will awaken from her sleep around midday and will move from the city centre to Plymouth Hoe, where she’ll remain from early evening. At the end of her journey, The Hatchling will undergo an incredible metamorphosis, unfurl her wings, and attempt to soar over the sea at sunset, which will be best viewed from the Hoe!

With a wingspan of over 20 meters, this hatchling is the world’s largest human-operated puppet to attempt flight. This grand finale takes place on Sunday evening and if you don’t want to lose this stunning premiere we recommend you to be there between 8 pm and 10 pm.

Who are the minds behind The Hatchling’s creation?

The Hatchling is created by the award-winning creative team led by Angie Bual –  Artistic Director and Executive Producer at Trigger, Directed by Mervyn Millar – Puppetry Director, and Designed by Carl Robertshaw, with a leading design team specializing in puppetry, kites, and immersive theatre.

Plymouth will come together to experience an extraordinary event. Keep an eye on socials and the official website for updates over the week.

Would you like to know more about us? Please get in touch with The Una Group! You can reach us by phone on 01752 697000 or email us via the contact form. Don’t forget to check out our range of commercial properties in Plymouth – your perfect office space may be just a click away!